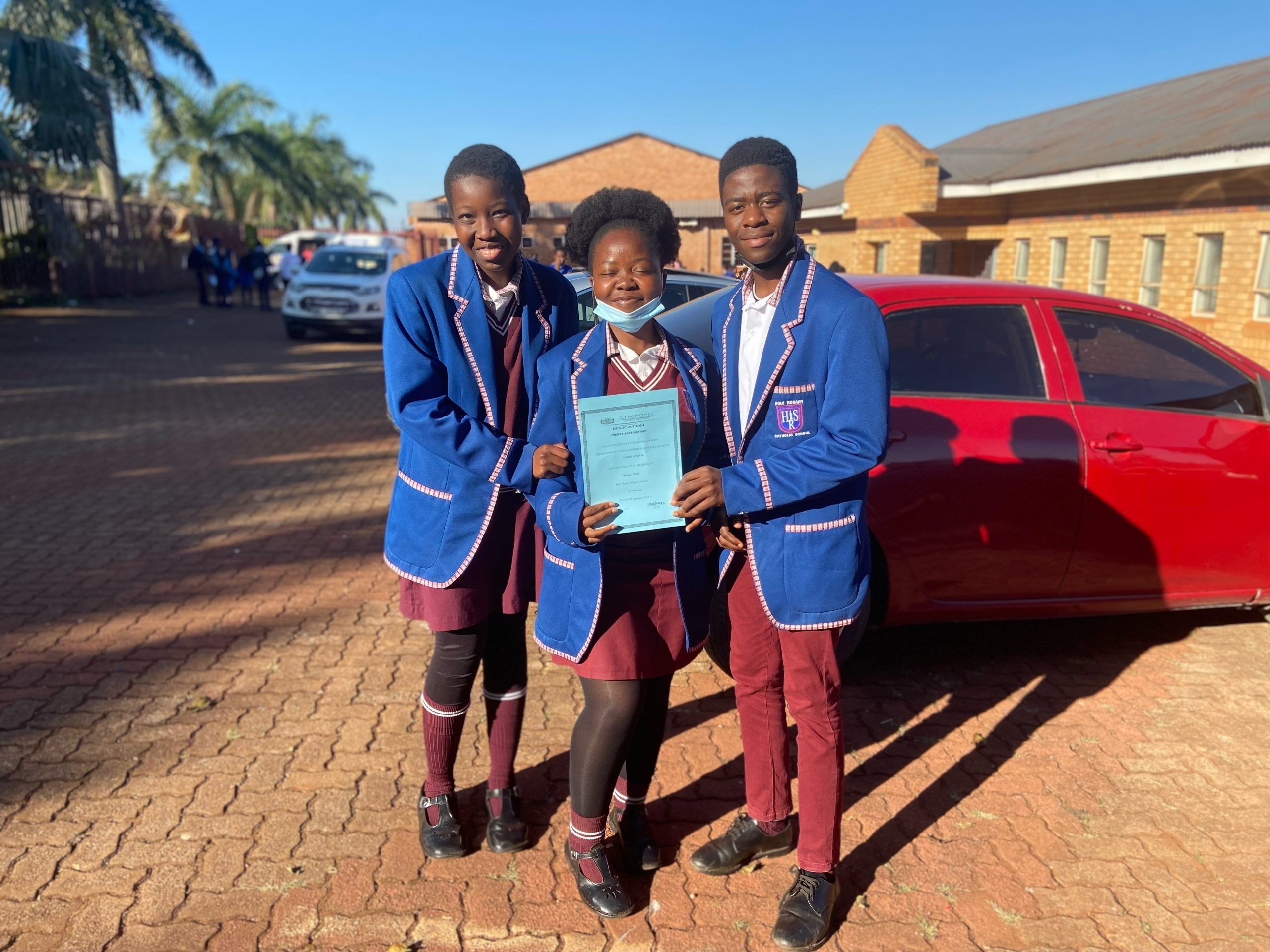 On 15 August 2022, holy rosary held its first award ceremony of the year.

Learners from grade 0 to 12 who performed outstanding well who were presented with certificates. However, there were two special moments that outshone the rest! The first was when a grade learner, Nkateko Maluleke, who represented the school’s intermediate phase in the AMESA 2022 Olympiads at circuit, district and provincial level – and managed to claim first position at all the three levels was presented with awards in front of the whole school. He accepted his gold medal, certificate and a tablet in tears as all learners and educators proudly cheered for him.

The term 2 top three for grade 12 presented to the school, along with the top achievers in all the various subject. This was particularly interesting because some learners who had never claimed positions as top achievers before appeared on stage that day. It just shows that all the matriculants are working hard and the competition has become intense.

In other exciting news, the Limpopo’s in pursuit of Excellence Top 200 Matric (term two) award ceremony was held on the 17th of august at Mbilwi Secondary School, Thoyandou. Three of our school’s twenty matriculants attained positions in the Top 200 (out of 19 000 learners in all of Vhembe District). With one in the Top 30.