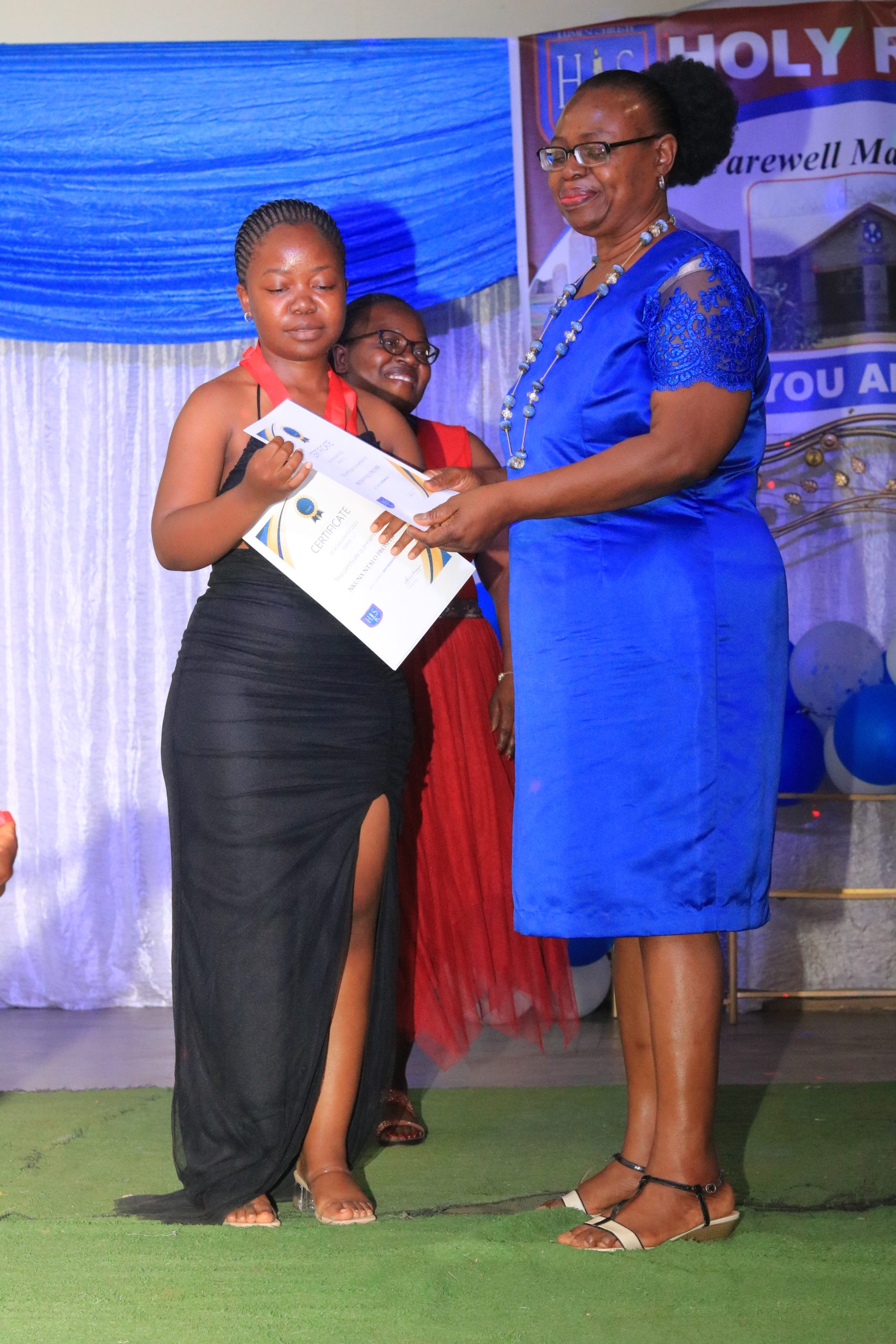 There are two things’ people want more than money in this world: recognition and praise. The award ceremony was somewhat iconic with the accords for the first time ever being in the form of medals Holy Rosary had made sure to include not only awards that recognize academic achievement, but rather also include awards that recognize internal values as well.

The ceremony went on to follow the award the subject top achievers whereby Nkuna Ntalo Prosper baffled the crowd by collecting 7 of the 10 awards. She was then followed by Chauke Ntwisiso who collected 2 of the remaining 3, and lastly Sithole Ntakso grabbed an opportunity and received the 10th award The overall performance went as follows; coming third Selaelo Tact marched to the stage to receive his award followed by Chauke Ntwisiso who came second and last but not least Nkuna Ntalo Prosper baffled the crowd again and took the first position, although along with the certificate and medals presented to all achievers that ceremony, she got handed over not only a floating trophy but also a laptop to award her performance.

When having had looked at the most improved learners Mabasa Nkhutazi and Sadiki Trevor Mashudu had the crowd cheering as they went1 up to stage to receive an award no one expected to have been on the list.

That stream of awards was then lastly followed by the award of recognition whereby one with the most leadership skills went to Novela Vutivi, in an applaud for the neatest throughout the year Thwala Ntokozo and Thabitha Siphiwe Owen received an award and lastly Ntsako Nyiko and Sadiki Mashudu Trevor found themselves on this stage for the second time but this time it was for the sake of having had been the most disciplined.

It was a lovely award ceremony that indeed did recognize excellence in different aspects but something that the class of ’22 must always remember is that awards should not be something that measures their work and effort but rather it should be the appreciation and believe that they are doing their best.